The Buffetts Find "the Sound" 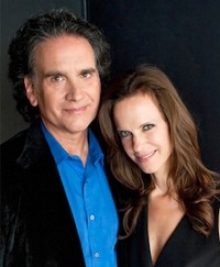 Peter Buffett was just 19 years old when he received his inheritance: $90,000 to use as he pleased. There were no strings attached, no expectations—but also no more money. The youngest son of investor Warren Buffett understood that this was the extent of his inheritance.

The question was, what to do with the funds? A car? An oceanfront condo? “I’d had the advantage of seeing my older siblings burn through most of their cash rather quickly,” Peter said, looking back thirty years later. “I didn’t want to follow that path.”

It happened that the money arrived at a time when Peter was ready to commit to a career in music. But he still had much to learn, both technically and aesthetically—not only about making music, but also about making music personal—making it his own. Peter remembers talking about this with his father, who counted among his favorite movies "The Glenn Miller Story." “One of his favorite aspects of it was the great bandleader's obsession with finding ‘the sound,’” Peter wrote in his 2010 book, "Life is What You Make of It." “This was the mysterious something that would make a Glenn Miller song or a Glenn Miller arrangement distinctive and immediately recognizable.”

Arriving at “the sound” was a big job; ultimately, Peter used his money to buy himself time to find it. “I played the piano, wrote tunes, experimented with electronic sounds and overdubbing,” he recalled. “Then I put a classified ad in the San Francisco Chronicle, offering to record all comers in my apartment studio. And I waited.”

Uncertainty. It’s a thing any artist must learn to use to his or her advantage—to resist easy answers, to take comfort in not knowing, to wait even when you’re itching to move on. This early lesson, learned as a musician, has served Peter as a philanthropist as well.

For, as it turned out, the $90,000 gift was the tip of the iceberg in terms of gifts he would receive from his father. In 1997, Peter received a second sum: $100,000 that he and his new wife, Jennifer, could draw from to donate to nonprofits of their choice. The Buffetts were novices when it came to philanthropic giving. “We didn’t have a clue,” Jennifer reflected. “But this got me out into the community to start learning!”

That gift led to a period of learning and exploration, and to the creation of the Spirit Foundation, so named because Peter and Jennifer wanted to stay under the radar and to be reminded that the spirit of giving was a value they held. In the initial years, they supported a range of social issues through Spirit, including education, social services and the arts; much of the funding was focused locally in Milwaukee. But after Jennifer experienced a moving visit to a children’s hospice and read compelling research about the importance of a child’s first few years to brain development, Peter and Jennifer decided to focus their support on early childhood issues and organizations. They directed their funds toward this cause for nearly a decade—not knowing there was yet another gift on the horizon.

Peter, his ear ever tuned to sound, calls his father’s third gift “the big bang.” It arrived in 2006 as a fax, in which his father explained he would be pledging $1 billion to the foundation. Once again, there were no strings attached, but this time, Warren offered some advice, urging Peter and Jennifer to focus on a few activities where their giving could make an important difference, to take risks—and to expect to make mistakes.

What followed was a second period of learning and exploration. Given the massive expansion in their resources, Jennifer and Peter felt compelled to look beyond the United States and to take a more global view. They spent two years in “startup mode,” seeking a focus that would stick. “We did site visits to programs across Asia and Africa together, and we talked to so many people to find the ‘opportunity of our time,’” Jennifer said. “Little trickles of information from hundreds of people around the world started to merge into patterns.”

Read more about the patterns the Buffetts identified, and how they moved forward with their giving.