Giving Before You Receive 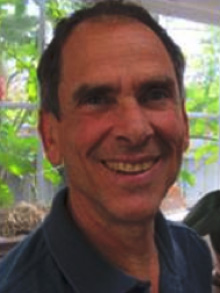 When I was 44, I could have received a substantial inheritance. Instead, I persuaded my dad to change his estate plans so those millions would go directly into a private foundation. In the years before and after my father’s death I’ve enjoyed the challenge and satisfaction of seeing that money support positive change in the world.

It took several years of conversation and some excellent lawyers to convince my father that this was an acceptable choice for his hard-earned money. Dad was a successful Washington lawyer and smart stock investor whose beliefs about money had been painfully shaped by the Depression and World War II: no amount of money could ever be too much for the protection of his family from potential disasters.

My brother and I felt differently. The two of us—as well as our children—already had more-than-ample trust funds from my parents. Maybe we felt secure because we were shaped by a different era. I was certainly shaped by my work as an anti-war activist, then as a river rafting guide and environmental activist. I had my introduction to philanthropy through an inherited wealth support group at a progressive community foundation. I knew that my family and I already had enough, and I knew what that additional money could do in the world.

In the end, what mostly convinced my dad to go along with leaving the estate to our foundations (I had set up the Appleton Foundation and my brother had his own fund) was the approximately 50 percent inheritance tax in effect at that time.

I wanted help to wisely distribute all that money. So I invited several local activists to serve with me on the Board, choosing them for their intelligence, integrity, and experience in the areas I wanted to fund. I staffed the foundation for the first few years, and then hired a smart and committed Foundation Manager for 10 hours a week – much better! Now the only solo decision I make is how our annual grant-making money gets split among the three funding areas.

Beyond that, the five of us make all funding and investment decisions together, each bringing a docket of projects to the table. Around 2002, at my initiative we made the decision to distribute all the foundation’s money over a period of 18 years, giving much more than the required 5 percent per year payout. We felt that the need for our funding was now, rather than in some distant future.

In collaboration with the Fund For Nonviolence, Appleton supports nonviolent social justice movements in the US and in Latin America. Our other main funding interest — and the area of my own greatest involvement – is turning back the efforts to genetically modify humanity. For the past 11 years we have been the primary donor for the Center for Genetics and Society, which leads the campaign to ensure that we have a truly human future, without human cloning or genetically engineered “designer babies.”

CGS and its partners also work on connected issues such as patents on human genes, commercial trafficking in women’s eggs, practices that exploit poor women who serve as surrogates in developing countries, privacy concerns about fast-growing DNA databases, and animal cloning, all from a perspective that is progressive, pro-choice, and supportive of responsible science. CGS and its partners also sponsor The Tarrytown Meeting each July near New York, which brings together activists, academics and funders from around the country and the world on these issues.

Copyright © 2011 Bolder Giving. All rights reserved.
Used by permission.
Inquiries regarding the use of this content should be directed to info@boldergiving.org.