The Lynch Foundation and Teach For America: How Philanthropy Can Help Ideas Become Reality 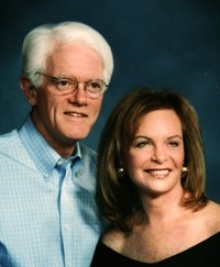 Peter and Carolyn Lynch take a portfolio approach to their philanthropy, and Teach For America (TFA) is just one example of how they’re returning outsized impact for their investment dollars.

Turning 46—the age at which his father had died—was a wake-up call for Peter Lynch. Already, his career had been exceptional: As manager of Fidelity’s Magellan Fund, he famously grew the fund’s assets from $18 million to an astonishing $14 billion in 13 years, averaging a 29.2 percent annual return. But in spite of his success—or possibly because of it—reaching the age of his father’s premature death prompted some soul searching. “I said, ‘Maybe I’ll live to 146 but, you know, I’m working every Saturday, and I’m traveling seven or eight days a month,’ ” he recalls.

Lynch could have made the decision to take a long weekend here or there, or even an extended vacation. Instead, he made a much more dramatic move. At the peak of his career, he left Fidelity in 1990 to devote more time to his wife, Carolyn, and their three children, and more time to his and Carolyn’s philanthropy: the Lynch Foundation, which they had created in 1988.

The Lynches had built their adult life in Massachusetts and been involved in local causes: donating to community charities, their church, and Peter’s alma mater, Boston College. But Carolyn notes that until they launched the foundation, their philanthropy had been “very willy nilly.” Gradually, they had come to the realization that they could be more effective and efficient.

Shortly after creating the foundation, the Lynches embarked on a strategic planning process with the help of a consultant. The result was a plan that provided a sharper focus on the causes they were passionate about, in the geography they called home, Massachusetts.

They also decided that education, culture and historic preservation, and medical research would be their primary causes. The focus on education stemmed from a particularly personal passion, and reflected a deeply held belief in its power.

Both Peter and Carolyn came from humble backgrounds. Children of educators, who had gone to public school and had scholarship, they understood first-hand the benefits of education. Finally, the Lynches determined to take a page from Peter’s professional book and invest in a portfolio of ventures, seeking out some initiatives that had high potential but were in their nascent stages, and others that were more solidly established.

Importantly, just as the Lynches were honing their philanthropic focus, a 21-year-old woman named Wendy Kopp was planning, too. In 1989, as a Princeton senior, she devised the concept behind Teach For America as her senior thesis. Kopp’s revolutionary idea centered on recruiting high-performing college seniors to teach in low-performing schools.

To make her dream come alive, Kopp also knew that in addition to recruiting teachers, she would have to recruit sponsors. And in 1990, she made the bold move to pick up the phone and cold-call the Lynches to ask for support.

As Kopp recalls, “Back then, I would send 100 letters and make calls to follow them up, and a couple of people would agree to meet me. Those rare people kept me going, and the Lynches were among them. They took my call and were themselves so entrepreneurial that they were open to the idea that a recent college graduate could pull something like this off.”

It was Carolyn who fielded Kopp’s call, and the opportunity to get involved appealed to her right away. Why? Essentially, three reasons. First, “the idea was fantastic, exciting—just fabulous,” recalls Carolyn. The Lynches were particularly compelled by the broader vision of TFA, that graduates “would do this for two years and then carry that experience with them for the rest of their lives.”

Secondly, Carolyn knew that in Kopp, she had met a natural nonprofit leader. “I had met the person to do it—she had the talent, the work ethic and the skill.” Finally—and crucially—Kopp wasn’t all talk. As Carolyn explains, “She was organized—she had a plan and an approach that I thought was realistic given the environment,” shares Carolyn.

The more the Lynches dug in and assessed Kopp’s request, the more they concluded that supporting her work would be a good move. The TFA plan and Kopp’s skills were particularly important, because as Carolyn believes, “The best ideas in the world won’t work if you can’t run the organization.”

In 1990, the Lynch Foundation awarded TFA a grant that seems small today to the Lynches, who have gone on to fund large-scale initiatives in education like their $20 million grant for a principal training center at Boston College. But in TFA’s early stages, the grant provided much-needed financial support as well as credibility with other funders. “Wendy always talks about it like it was a big gift,” recalls Carolyn. “Well, to her, at the time, it was, and she leveraged it well.”

Generally, we like to find new organizations with good ideas and help them get through the start-up phase,” Carolyn explains.

Over time, the Lynches stayed abreast of how TFA was growing. And then, in 2008, they found themselves faced with an opportunity to reconnect. By then, TFA had expanded to 35 cities and rural areas around the country. Kopp had struggled to bring the organization to Boston, but hadn’t yet succeeded. Now she felt that the time had come.

While Boston had a few marks against it from TFA’s strategic perspective (the city already had a home-grown teacher residency program, and there were also some unique union challenges to face), there was also an important positive: Boston had a new school superintendent who was excited about the program. When the Lynch Foundation’s Executive Director, Katie Everett, found herself seated next to Kopp at a Philanthropy Roundtable event, everything just started clicking.