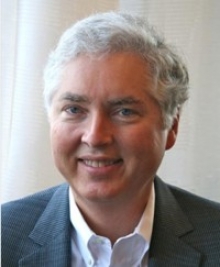 In the spring of 1998, Jeff Walker, the CEO of Chase Capital Partners, a New York venture capital firm (now CCMP Capital), gathered his friends Jerry Colonna and Chris Wearing in his Manhattan office for a brainstorming session. For Walker, joining people around a common cause was nothing new. “I love that collaborative moment, getting people to work together,” he said. “I love to see projects grow. I enjoy generating ideas and making them happen.”

Walker was a member of several nonprofit boards, and he was frustrated and intrigued because he had observed that “a lot of nonprofit organizations were wasting time and money by trying to develop their own unique technology.” Walker shared a conversation with one nonprofit ED, who had admitted: “I lost a million dollars in technology. I don’t know where it went. We got nothing for it.” Instead of reinventing the wheel, Walker believed there was an opportunity for nonprofits to share IT platforms and tools, and disseminate those that work best.

Walker and his partners set to brainstorming about how, specifically, they might address the problem they’d identified. As they bounced potential strategies around, they tapped their experience investing in the tech sector in their venture capital and private equity work. In Walker’s mind, addressing the needs of nonprofits drew on many of the same skills and passions. “Getting involved in nonprofit technology was the same thing I’d been doing in my own firm, in portfolio companies and in other partnerships.”

As the group thought about the problem, they identified a potential pragmatic solution. Why not create a central organization that could share technology solutions among nonprofits? “If one nonprofit figures out an effective way to develop a central donor database,” Walker said, “Why can’t it share that model with others?”

Before acting on their germ of an idea, they decided to learn more about what was happening already. “Instead of starting something up to compete,” Walker recalled asking, “why don’t we look around the country, see who else is doing something similar, and learn from them?”

Walker and his partners then tapped their deep professional networks—Walker was the chairman and CEO of CCMP Capital and chairman of JP Morgan Foundation, and served on several prominent boards—to identify individuals and organizations with relevant expertise. In the course of this informal survey of the market, they came across NPower, an organization in Seattle that had been founded, and funded in part by Microsoft. The group researched NPower’s services, and soon realized that the Seattle organization was already pursuing their goal of helping share technology solutions among nonprofits. In addition, Walker learned, NPower’s leadership had aspirations of expanding its model nationally.

Walker and his partners decided their best path forward would be to create a New York-based NPower affiliate. “We’ll gain a lot by combining rather than setting something up on our own,” Walker said. “There’s knowledge there, and Microsoft funding, and programs they are willing to give us for free, or at least at cost.”

And so to that end, Walker and his co-founders organized a group of local funders—including JP Morgan, Accenture, and The Robin Hood Foundation—to fund the new organization’s launch.

With funding secured, Walker and his colleagues set to building the organization. Drawing from their extensive professional network, they helped hire a strong executive director to supervise the staff and manage daily operations. Walker assumed a seat on the board—a position that would allow him to exercise a deeply held belief in what he called “activist philanthropy.” Indeed Walker’s “body of work” as a nonprofit board member was characterized by an impulse to invest himself personally—through considerable time, applied business acumen, and a knack for bringing people together around a common cause.

NPower New York relied on the home office in Seattle for the core program model, but over time the local board and staff also built on and strengthened their program offerings. Responding to identified needs, they added a central help desk to help nonprofits maintain their systems, and grew a workforce development program, which trained young adults in technology for six months, then placed them in nonprofits to assist with technology implementation.